Trade financing, which has been around since the inception of international commerce, is arguably the oldest aspect of the modern global trading framework. Through the provision of financial instruments that facilitate the execution of cross-border trading, trade finance plays a critical role in supporting the real economy. Based on statistics compiled by the World Trade Organization (WTO), about 80-90% of global trade is undertaken through trade financing. In Southeast Asia (SEA), the region has come a long way since the 1997 Asian financial crisis, which at its peak brought about a 25% reduction in the region’s trade financing volume over 12 months from US$20 billion in June 1997 to US$15 billion in June 1998.

However, the US-China trade war is threatening to throw a spanner in the works. In addition to directly causing a slowdown in Southeast Asian exports, the trade war is also bringing about knock-on effects on the region’s imports. Thailand was hardest hit, with export and import volumes for 2019 falling by 3.9% and 3%, respectively. In line with the digitalization of international trade, the use of blockchain may be the silver lining for Southeast Asian countries, as they search for the light at the end of the tunnel. In this article, we will explore the use of blockchain for trade finance and existing examples. The Asian Development Bank (ADB) in its publication “2019 Trade Finance Gaps, Growth, and Jobs Survey” highlighted the fact that there is a massive global trade finance gap of US$1.5 trillion. In this age of digitalization, the use of novel technologies such as blockchain could hold the key to filling the global trade finance gap. One of the most critical issues with the conventional trade financing framework is its paper-based mode of operations. Paper-based documentation is not only inefficient but environmentally unsustainable. 2015 statistics found that the average trade finance transaction required 40 paper-based documents, of which 60% had to be re-keyed at least twice.

Other than inefficiencies from the use of paper-based documentation, the conventional trade financing framework also suffers from a lack of integration, as the various parties in the transaction chain tend to operate in silos. For example, the parties involved in a trade finance transaction, from the importer, exporter and shipper to the insurer and bank, have their own databases independently recording the transaction. This gives rise to needless duplication of information, as the same set of data or documents is recorded across multiple databases. In the event of any error or changes, the correction or amendment to the data or documents must be made independently by all parties involved.

The use of blockchain to streamline trade financing would help address these issues, as a single blockchain can record and store all the information of a trade finance transaction in a digital document, doing away with the need for paper-based documentation. From a trust perspective, the decentralized and immutable nature of blockchain would ensure the transparency of the process and the authenticity of the data recorded on the blockchain. Furthermore, smart contracts on the blockchain would automate the release of capital and goods, which would otherwise be unduly tied up awaiting confirmation and authorization from the respective parties. Given the benefits of using blockchain for trade financing, it is not too surprising that it is already being deployed in a number of ways. 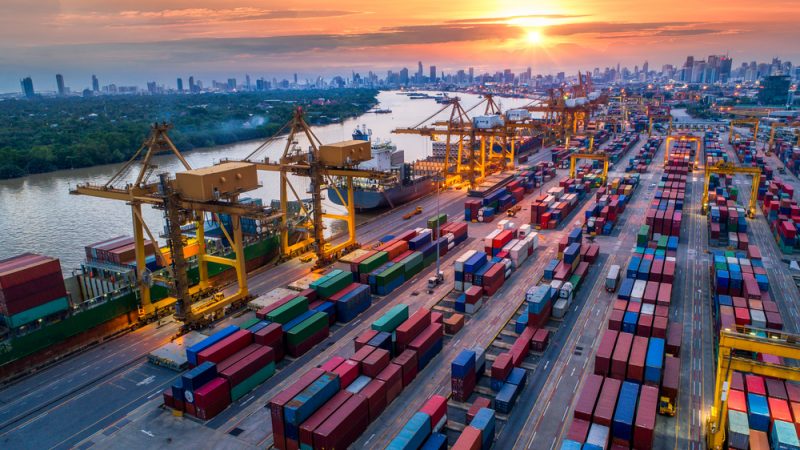 The gold standard of blockchain in trade financing is the Marco Polo Network, which was launched in 2017 through a joint undertaking by global technology firms R3 and TradeIX. As of September 2019, the Marco Polo Network consists of 23 members, including top global banks such as Bank of America, BNP Paribas, ING, and Standard Chartered, as well as MasterCard. The onboarding of leading industry players is a prerequisite for achieving Marco Polo Network’s objective of pooling together the trade ecosystem to leverage the network effects of its blockchain-powered open-enterprise platform, which supports trade and working capital finance as well as assets and data exchange between members of the network.

In the Asia Pacific, the Hong Kong Monetary Authority (HKMA) is leading the way with its eTradeConnect blockchain-based trade finance platform, which was developed in collaboration with 12 major banks in the special administrative region. In November 2019, the eTradeConnect platform achieved a significant milestone when it successfully completed a proof-of-concept (PoC). The PoC showed that linking supply chain data with trade finance transactions significantly improves transparency, traceability, and efficiency for member banks and their trade finance customers. In the same month, the HKMA signed a Memorandum of Understanding (MoU) with the People’s Bank of China (PBoC) to collaborate on the integration of the eTradeConnect platform with the “Bay Area Trade Finance Blockchain Platform,” which is the PBoC’s trade finance network.

In Southeast Asia, the use of blockchain for trade financing comes in the form of the ICC TradeFlow Platform, which was developed by the International Chamber of Commerce (ICC) in collaboration with Singapore’s DBS Bank and Trafigura Group based on the Trade Trust network infrastructure provided by the Infocomm Media Development Authority (IMDA), which is a statutory board under the Singapore Ministry of Communications and Information. Across the Johor Straits, Malaysia is also turning to blockchain for its trade financing needs, with HSBC Malaysia having successfully executed the first blockchain-based Letter of Credit (LC) transaction in October 2019. Given the rapid pace of digitalization, the conventional trade financing framework is comparatively archaic. As Southeast Asia’s trade volume increases in tandem with its economic growth, blockchain poses a technological solution for regional trade financing networks to keep pace with the ever-growing demand.